The International Future Energy Challenge (IFEC) is an international student competition for innovation, conservation, and effective use of electrical energy.

About: In 2001, the Institute of Electrical and Electronics Engineers (IEEE) in partnership with the National Association of State Energy Officials (NASEO), U.S. Department of Defense (DOD), U.S. Department of Energy (DOE), and other sponsors organized the first Future Energy Challenge competition.  This competition had the objective of building prototype, low-cost inverters to support fuel cell power systems.  The IFEC 2001 was open to schools in North America with accredited engineering programs and focused on the emerging field of distributed electricity generation systems to dramatically improve the design and reduce the cost of dc-ac inverters and interface systems for use in distributed generation systems.  Its objective was to design elegant, manufacturable systems that would reduce the costs of commercial interface systems by at least 50%, which would allow the deployment of distributed generation systems in homes and buildings to be accelerated.  During the final events, hardware was tested with an experimental fuel cell at the National EnergyTechnology Laboratory (NETL) in Morgantown, WV, USA and speakers from the IEEE, DOD, and DOE introduced the competition and interacted with the students.  The success of IFEC 2001 represented the first in a biannual series of energy-based student team design competitions.

Eligibility: The competition is open to college and university student teams from recognized engineering programs in any location.  Participation is on a proposal basis.

Criteria: Participants will be judged by a distinguished panel of volunteer experts from eh IEEE and the industry.  Student team project results will be judged based on cost-effectiveness, performance, quality of the prototype, engineering reports, adherence to the rules and guidelines, innovation, future promise, and related criteria.  Each aspect of judging will be scored according to a point list and test protocol.  The panel will then select a group of teams as finalists based on the qualifying reports.

Award Items: The Grand Prize winner group will be awarded USD 10,000 for the highest score among entries in each topic area and for meeting all minimum requirements as confirmed through reports and hardware tests.  The remaining prizes (USD 5,000, USD 3,000, and USD 1,000) will be awarded to teams according to the highest scores in other aspects and categories (e.g., Best Hardware Design, Best Technical Report).

Submitting a Proposal: Interested universities must submit a proposal before the proposal deadline. 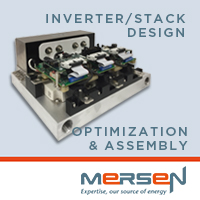