Register ​to ​meet ​the ​leaders ​in ​power-electronics ​through ​a ​face-to-face ​mentoring ​event. ​ ​Our ​distinguished ​mentors ​have ​started ​businesses, ​climbed ​the ​ranks ​of ​IEEE, ​become ​high-performers ​at ​corporations and universities. ​PELS ​members ​will ​get ​a ​rare ​opportunity ​to ​ask ​questions ​and ​get ​professional ​advice ​directly ​from ​mentors ​who ​have ​a ​career’s ​worth ​of ​knowledge ​to ​share. ​ Space is ​limited ​to ​5 ​people ​per ​table ​which ​provides ​a ​casual, ​personal, ​and ​quiet ​atmosphere ​for ​conversation. ​ ​Appetizers, ​desserts, ​and ​beverages ​will ​be ​served. ​The ​cost ​is ​$10.00 ​per ​person. ​Your ​confirmation ​from ​this ​registration ​will ​be ​your ​ticket ​to ​the ​event. ​ ​

Deepak is a Professor, John E Pippin Chair, GRA Eminent Scholar and Director of the Center for Distributed Energy at the Georgia Institute of Technology in Atlanta, GA. His field of research is in the areas of power electronics, power systems, smart grids and distributed control of power systems. He works closely with utilities, industry and is actively involved in research, teaching, entrepreneurship and starting new ventures. He also serves as Founder and Chief Scientist at Varentec, in Santa Clara, CA, and was President and CTO from 2011-14, leading the company as it developed its suite of innovative distributed real-time grid control technologies. Deepak is an elected Member of the US National Academy of Engineering, a Fellow of the IEEE, past President of the IEEE Power Electronics Society, and is a recipient of the IEEE William E Newell Field Medal. He has 40 years of academic and industrial experience, 65 issued and pending patents, and over 400 refereed publications.

William is the Vice President, CTO and co-founder of E&M Power. He brings 48 years of experience in power, EV and HEV development. Prior to founding E&M Power in the year 2000, William had founded Electronic Power Conversion and Dawn Technologies. Previously, William has worked with AT&T Bell Laboratories, GE Aerospace and Lockheed Martin. William is a Life Fellow of the IEEE.

Ira is the founder and current President of Magna-Power Electronics. Ira holds 29 patents in the field of power electronics and is co-recipient of the 1995 Prize Paper Award of the Industry Applications Society. Between 1973 and 1981, he has worked for GTE Sylvania, Bell Laboratories and Exxon Enterprises. His research interests are high power AC-DC converters. Ira is a Fellow of the IEEE.

Chris is the President and CEO of United Silicon Carbide (USCi), a company he helped
acquire in 2009.  Since then, his team has grown USCi into a major SiC Power Semiconductor provider. From 1999-2007 he worked at Sensors Unlimited  where he developed an avalanche photodiode product line and later managed all the company’s research and new
product development. He serves on the Princeton University Graduate School Leadership Council, the Princeton Electrical Engineering Department Advisory Board, and the Duke University Engineering School Board of Visitors.

Since 1974, Robert has worked on designing and developing power supplies for NWL located in Bordentown, NJ. He is currently the Vice President of Product Development where his technical focus is in the areas of high frequency, high voltage resonant converters, current-fed polyphase chopper converters, and high frequency magnetic design.

Ada Cheng was an electrical engineer at Motorola for 11 years before transitioning into a market analyst role at Gartner Dataquest. Consequently she had to learn how to network quickly. As a result of networking, Ada served over 13 years on the APEC committee in various roles. Now as a market consultant with AdaClock and Anagenesis, she shares practical advice and tips for engineers to network effectively as part of their technical marketing efforts.

Noriko is a Senior Fellow in the power electronics systems division at Toshiba Mitsubishi-Electric Industrial Systems Corporation (TMEIC). In 1982, she joined Toshiba Corporation and has been engaged in developing and designing large-capacity power electronics equipment for more than 30 years. Her main activities include grid-connected converters and inverters for distributed energy sources and FACTS devices. Noriko is elevated to the position of IEEE Fellow in 2018.

Henry is currently Assistant Head and Professor of the Department of Electronic Engineering, and Director of the Centre for Smart Energy Conversion and Utilization Research, City University of Hong Kong.  He is a Fellow of IEEE.  His research interests include renewable energy conversion technologies, lighting technologies, computation intelligence for power electronics applications, and smart grid technologies.  He is currently Editor-in chief of the IEEE Power Electronics Letters, and Associate Editor of the IEEE Transactions on Power Electronics and the IEEE JESTPE.

Dr. Lehman is Editor-in-Chief of the IEEE Transactions on Power Electronics and is the recipient of the 2015 IEEE Power Electronics Society Modeling and Control Technical Achievement Award and an IEEE 2016 Standards Medallion. Prior to his career as a professor, he served as the Head Coach of the nationally ranked varsity Georgia Institute of Technology swimming and diving team and served as a technical consultant in the design of the 1996 Olympic swimming warm-up pool in Atlanta, GA.

Frede was with ABB-Scandia, Randers, Denmark, from 1987 to 1988. He became an Assistant Professor in the Electrical Engineering department of Aalborg University in the year 1992, an Associate Professor in 1996, and a Full Professor of power electronics and drives in 1998. From 2017 he became a Villum Investigator. His current research interests include power electronics and its applications such as in wind turbines, PV systems, reliability, harmonics and adjustable speed drives. He was the Editor-in-Chief of the IEEE Transactions on Power Electronics from 2006 to 2012. He has been a Distinguished Lecturer for the IEEE Power Electronics Society from 2005 to 2007, and the 2014 winner of the IEEE William E. Newell Award.  He is President Elect for IEEE Power Electronics Society 2018.

Don is known for his dual industry and academia careers. He is a Distinguished Engineer and Senior Staff Manager at Northrop Grumman Aerospace Systems and guest professor of multiple top-tier universities. He is the IEEE Division II Director and past President of Power Electronics Society. He has received more than 30 achievement awards and 24 US and international patents and trade secrets. 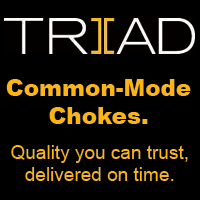