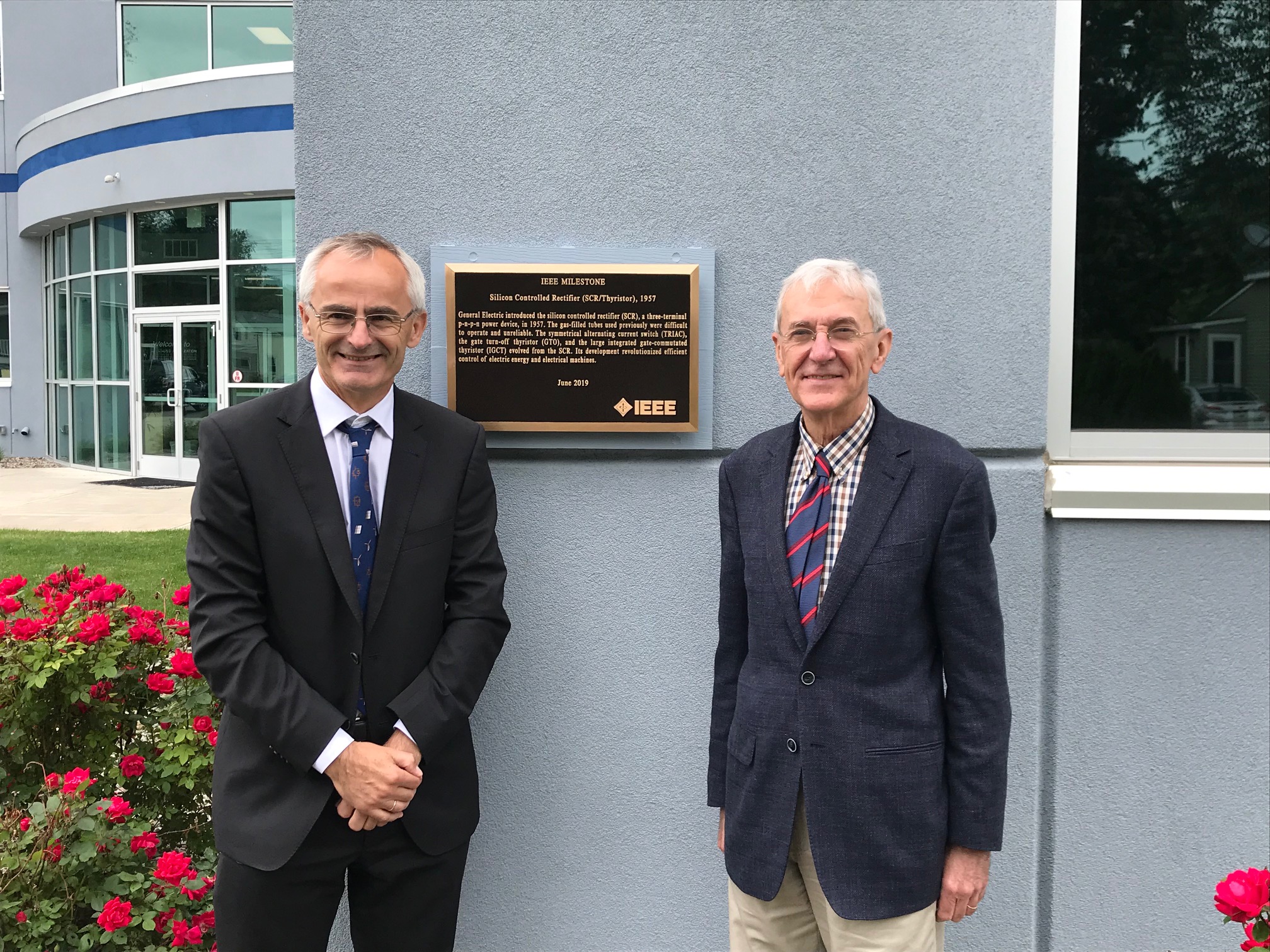 The IEEE Milestones program honors significant technical achievements in all areas associated with IEEE.  Milestones recognize the technological innovation and excellence for the benefit of humanity found in unique electrical engineeringproducts, services, seminal papers and patents. Each milestone recognizes a significant technical achievement that occurred at least twenty-five years ago in an area of technology represented in IEEE and having at least regional impact. This is the first Milestone sponsored by the IEEE Power Electronics Society.

The presence of GE on this site continues to the present day, Parker Aerospace and GE Aviation formed a joint venture in 2012 called Advanced Atomization Technologies, Clyde, NY, USA.  Parker opened its factory in Clyde in 1966 and bought the building from the Clyde Industrial Development Corporation in 1969. Prior to Parker's arrival, General  Electric produced industrial products  in the factory for 20 years and it was during that period that the Silicon Controlled Rectifier (SCR) or Thyristor was invented.  Advanced Atomization Technologies has grown steadily over the years to its current workforce of 430. The site underwent a major expansion in manufacturing facilities, office building and increased workforce in 2014.

The three-terminal p-n-p-n device introduced by General Electric (GE) in 1957 as the silicon controlled rectifier (SCR, later thyristor) became the dominant control device in the power industry. The development of the SCR revolutionized the control of electrical machines. Prior to 1955, triode vacuum tubes were used for machine control that were difficult to operate and notoriously unreliable. The symmetrical switch (TRIAC) evolved from the SCR, later still came the gate turn-off thyristor. 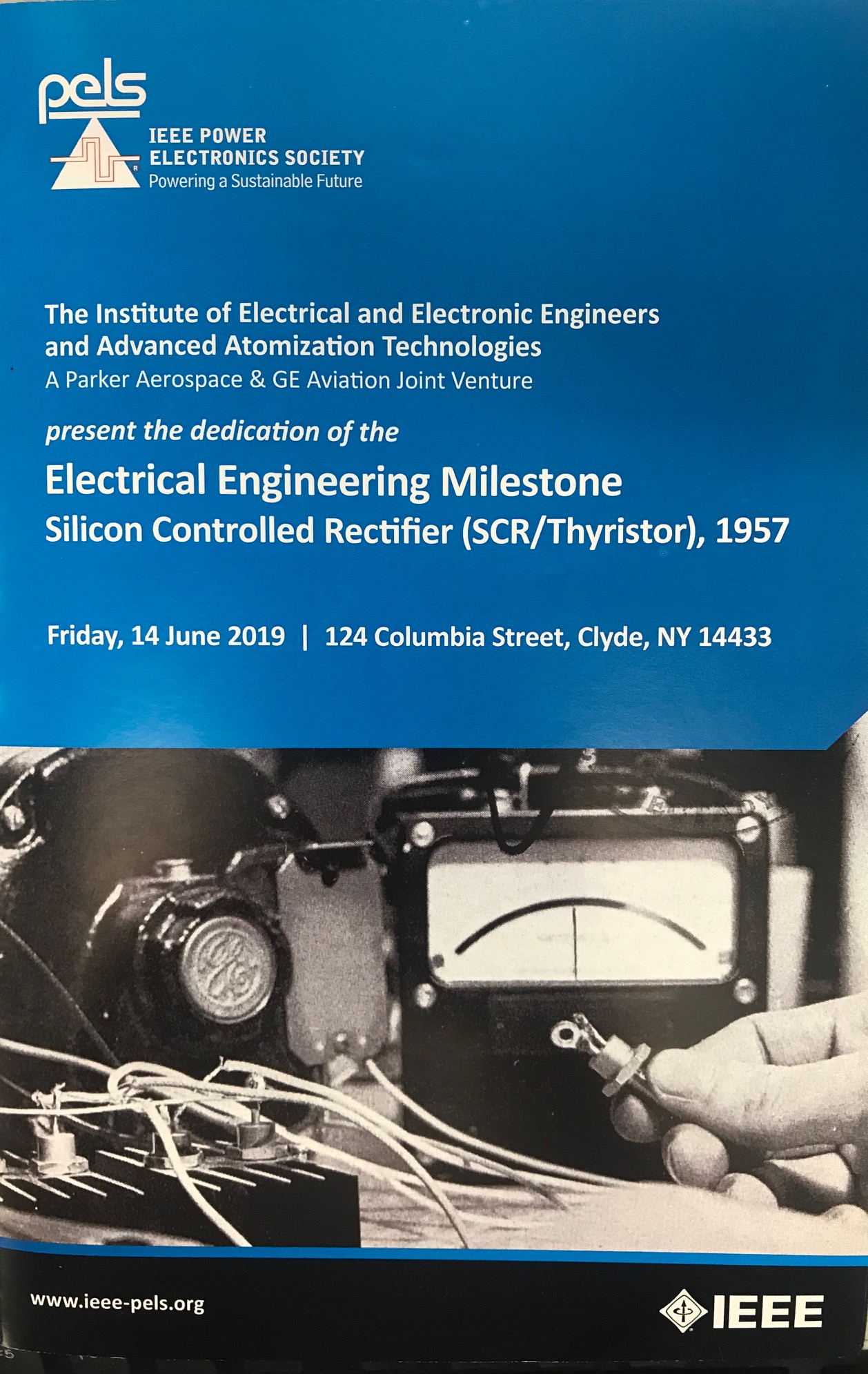 The invention of the SCR/Thyristor led to dramatic improvements in the rectification of line voltages and was the basis of modern speed control of ac and dc motors. 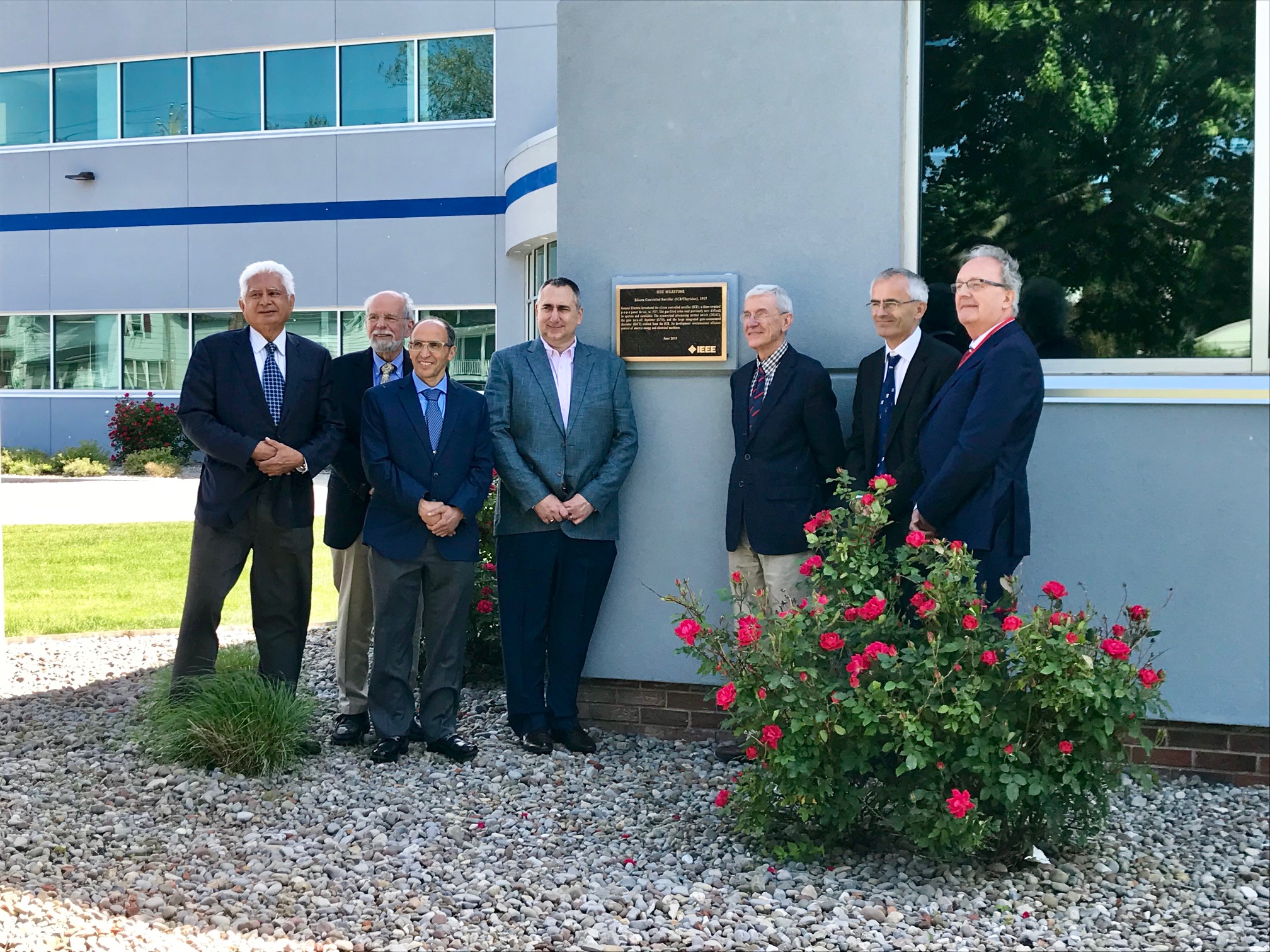