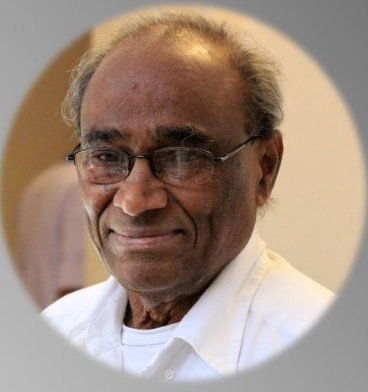 Dr. Balarama Murty, a well-renowned researcher in the Automotive Power Electronics and Electric Machines areas, has passed away leaving behind his daughter, Dr. Aparna Murty Taylor, a Son-in-law and two Grand-children.

Dr. Murty began his career at General Motors in 1979 as a member of the Research & Development Staff, where his research focused on analysis, design and development of power electronics, electromechanical systems and actuators in transportation.  His innovations in applications of Brushless PM Motors for Active and Semi-Active Suspension Systems, Electric Power Steering, Solar Cars are some of the industry firsts. He had 18 patents and 2 trade secrets and more than 20 publications in International Journals and Conferences in addition to a number of internal research reports.  He was held in high esteem by his peers for his knowledge in the above areas and was a most sought-after speaker at a number of international forums.

He received many internal GM awards for his technical contributions.  In 1987, he received the General Motors Corporation Extraordinary Accomplishment and Charles McCuen Awards for his contributions to the development of an advanced finite element modeling tool for electromagnetic and electromechanical devices. In 2007, Dr. Murty was bestowed with the “Boss” Kettering Award, GM’s highest technical honor, for his innovation of “Fast Torque Response Motor Generator Unit (MGU) for BAS Hybrid,” which was on the first 42V Mild Hybrid in North America, the 2006 Saturn VUE Greenline. He retired as a Senior Technical Fellow of General Motors Research & Development Center in 2008.

In addition to his marvelous professional career, Dr. Murty was also instrumental in the construction of a Hindu Temple in Detroit area, where he served at various capacities for over four decades!