The IEEE Power Electronics Society is pleased to honor one hour of Professional Development training for attending this webinar.  Upon completion of this session, you may request a certificate via the link: http://innovationatwork.ieee.org/pels/

*Please note: Your certificate will be emailed to the address you provided within ten (10) business days (Saturday & Sunday not included). If you have any questions, please email the IEEE Continuing Education staff - eab-ceuadmin@ieee.org 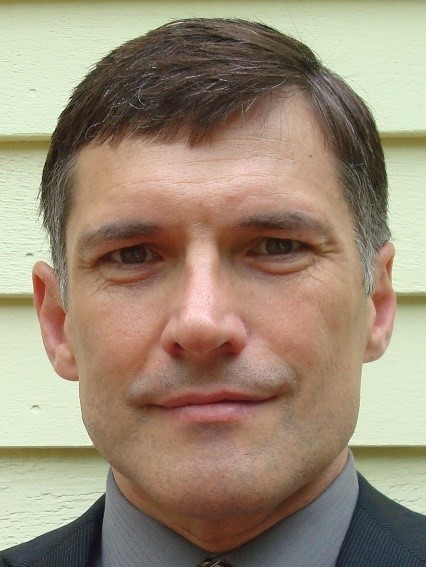 Abstract: This webinar is presenting new advances on the deployment of digital control systems based on state-space feedback control (also referred to as "modern control") to power converters. The State Space-based modelling allows the implementation of both feedback control and additional features due to its inherent time-domain character. The presentation reviews briefly the typical design steps for a State Space-based controller, including state-space modeling, averaging, optimal selection of pole location for feedback control, reference introduction into the state-space form, and use of both an integrator and feed-forward components for achievement of dynamic and steady-state performance. This introduction is followed through with comments related to digital implementation, which make a difference between fixed-point and floating-point computing platforms. Since the performance is influenced by the operation point considered in the model, a method for adaptive gain change is next discussed. The last part of the webinar concerns design of full- and reduced-order state estimation, including observer's pole selection, equations, and offline parameters for implementation. Applications of such observers to both current sensor-less control and fault detection (either catastrophic faults or slow deterioration due to aging) are included as ultimate proceedings. The webinar benefits from support with MATLAB® analysis and a Microchip® platform implementation.

Biography: Dorin Neacsu has broad experience in application of advanced power electronics concepts in industry coming from a 30-years career alternating academic and industrial R&D positions. Professor Dorin O. Neacșu has received the MSc and PhD degrees in Electronics from the Technical University of Iasi, Romania, in 1988 and 1994, respectively, and a MSc degree in Engineering Management from Gordon Institute for Leadership, Tufts University, in 2005. Dorin has been involved with the Department of Electronics, Technical University of Iasi, Romania, between 1990 and 1999. During this time, Dorin held visiting positions at Universite du Quebec a Trois Rivieres, Canada, and General Motors/Delphi, Indianapolis, USA. Following 1999, he was involved with the US industry as an Electrical Engineer, Consultant, Product Manager, and Project Manager, and with U.S. academic activities at the University of New Orleans, Massachusetts Institute of Technology, and United Technologies Research Center. Since 2012, Dorin is an Associate Professor with Technical University of Iasi, Romania and was a repeat Visiting Associate Professor with Northeastern University, Boston, MA, USA. He has maintained a continuous stream of publications since 1992 and has published several books, most noticeably “Switching Power Converters – Medium and High Power”, (Press/Taylor and Francis, editions in 2006, 2013, and 2017), “Telecom Power Systems” (CRC Press/Taylor and Francis, 2017), and “Automotive Power Systems” (CRC Press/Taylor and Francis, 2020). Dorin is an Associate Editor of IEEE Transactions on Power Electronics and Associate Editor of IEEE IES Magazine. 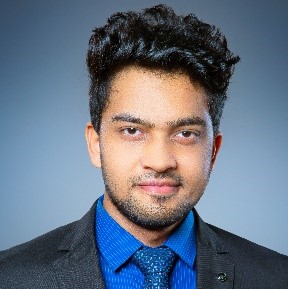 Abstract: As power electronics (PELS) have emerged as the key frontiers towards green transition, their moderation for grid-supportive services has become topics of practical interest. This moderation often brings information and communication technologies (ICT) into the operation and control stage of PELS, which renders them vulnerable to cyber attacks at the same time. These attacks can affect their operation in many unpredictable ways. Hence, a cyber security framework for power electronic systems is the need of the hour to ensure normalcy under cyber attacks. Hence, this lecture will first assess the risks of cyber attacks in PELS and then present an event-driven control solution to detect and mitigate cyber attacks. Moreover, the said framework also isolates malfunctioning events such as sensor faults, line-to-line faults from cyber attacks in a timely manner. Towards the end of the lecture, some videos on resiliency of PELS captured from an experimental prototype against the most prominent cyber attacks will be demonstrated to conclude with future research directions in this field.

He is a recipient of the Indian National Academy of Engineering (INAE) Innovative Students Project Award for his PhD thesis across all the institutes in India for the year 2019. He has also won the IRD Student Start-up Award in the year 2017 in IIT Delhi during his doctoral studies.

Abstract: Distributed energy resources (DERs) are rapidly growing in the global electricity market, while power electronics technologies enable additional functionalities and value-added services based on DERs. The Power Electronics Society has launched the project to develop the IEEE International Technology Roadmap of Power Electronics for Distributed Energy Resources (ITRD). The mandates of ITRD are to develop technology roadmap documents and associated publications through projecting the long-term technological developments and applications of power electronics for DERs, and to identify opportunities of new standards. ITRD intends to provide reference and guidance to stakeholders in power electronics for DERs, serving academia, industry, national labs, and research organizations.

Dr. Liuchen Chang will introduce ITRD in this webinar. He will provide an overview of global DER market growth; evolution of DER interconnection standards; ITRD organizational structure and expected outcomes; ITRD working groups and their scopes; and the contents of the first ITRD white paper. The six working groups of ITRD include: Integrated Power Components and Subsystems; Power Conversion for DERs; Integration and Control of DERs; Security, Protection and Resilience for DERs; MV and HV Technologies for DERs; Testing and Validation. Dr. Chang will present a review of the power system support functions from renewable DER inverters, including voltage regulation by active/reactive power control, frequency regulation by active power control, voltage ride-through, and frequency ride-through.

Biography: Liuchen Chang received B.S.E.E. from Northern Jiaotong University in 1982, M.Sc. from China Academy of Railway Sciences in 1984, and Ph.D. from Queen’ University in 1991. He joined the University of New Brunswick in 1992 and is a professor in Electrical and Computer Engineering. He was the NSERC Chair in Environmental Design Engineering during 2001-2007, and was the Principal Investigator of Canadian Wind Energy Strategic Network (WESNet) during 2008-2014. He is a vice president and the President-Elect of the IEEE Power Electronics Society.

Dr. Chang was a recipient of CanWEA R.J. Templin Award in 2010 for his contribution in the development of wind energy technologies, Innovation Award for Excellence in Applied Research in New Brunswick in 2016 for his contributions in smart grid and renewable energy technologies, and PELS Sustainable Energy Systems Technical Achievement Award in 2018 for his contributions in distributed energy systems. He is a fellow of Canadian Academy of Engineering (FCAE). He has published more than 370 refereed papers in journals and conference proceedings. Dr. Chang has focused on research, development, demonstration and deployment of renewable energy based distributed generation systems and direct load control systems.

Abstract: DC microgrids are currently being employed in a wide range of applications, ranging from the transportation industry to high voltage dc systems. Nevertheless, there are still several challenges facing dc microgrids compromising their resiliency and safety. As most loads are nowadays interconnected through power converters, the stability of the network can be affected due to its behavior as a Nonlinear Constant Power Load (CPL). In addition, the constant dc voltage available has the potential to create continuous high impedance series arc faults, which are difficult to detect due to its low fault current. In this webinar, an overview of recent nonlinear control strategies and stability analysis of dc networks with CPLs will be presented. In addition, parameter estimation methods (e.g. Kalman filter, recursive least squares) will be presented for the accurate detection and localization of dc series arc faults.

Biography: Luis Herrera is an Assistant Professor in the Department of Electrical Engineering at the University at Buffalo. From 2016-2018, he was an Assistant Professor at the Rochester Institute of Technology. Previously, he was a Research Engineer at the University of Dayton Research Institute working in Intelligent Power Systems for the Air Force Research Laboratory (AFRL) in Dayton, OH. He received his Ph.D. with a focus in power electronics and control from The Ohio State University in 2015. He received the AFRL Summer Faculty Fellowship in 2017, 2019, and 2020.  In 2013, he was the recipient of the Ohio Space Grant Consortium doctoral fellowship.  His research interests include modeling and control of power electronic systems, dc microgrids, fault detection using parameter estimation techniques, and optimal utilization of energy sources.

Abstract: Multiwinding-Transformer-based (MWT) DC/DC converter did emerge in the last 25 years as an interesting possibility to connect several energy systems and/or to offer higher power density because of the reduction of transformer core material and reduction of power converter stages.  MWT DC/DC converters can be considered as an interesting compromise between non-modular DC/DC Converter and a modular DC/DC converter since they are themselves modular in the construction. This eventually lead to some fault tolerant possibilities because the MWT connects more ports and if one of them is not working anymore and it can be isolated still the others can continue operating. Unfortunately, it is exactly the MWT which create most of the technical challenges of this class of DC/DC converters because of the cross-coupling effects which make especially the resonant-topology very challenging to be designed. This webinar will review the history of the MWT DC/DC and then provide a classification of them, comparing them with Figure of Merits and focusing on which is the maximum possible number of windings and which are the most suited magnetic core types. The problems coming from cross-coupling and the possible fault tolerant operation are analyzed with the help of simulation and experimental results.

The Webinar has the following TOC

6.    Comparison of MWT DC/DC converters in relation to the application

Biography: Marco Liserre (S'00-M'02-SM'07-F´13) received the MSc and PhD degree in Electrical Engineering from the Bari Polytechnic, respectively in 1998 and 2002. He has been Associate Professor at Bari Polytechnic and from 2012 Professor in reliable power electronics at Aalborg University (Denmark). From 2013 he is Full Professor and he holds the Chair of Power Electronics at Kiel University (Germany). He has published 500 technical papers (1/3 of them in international peer-reviewed journals) and a book. These works have received more than 35000 citations. Marco Liserre is listed in ISI Thomson report “The world’s most influential scientific minds” from 2014.

He has been awarded with an ERC Consolidator Grant for the project “The Highly Efficient And Reliable smart Transformer (HEART), a new Heart for the Electric Distribution System”.

He is member of IAS, PELS, PES and IES. He has been serving all these societies in different capacities. He has received the IES 2009 Early Career Award, the IES 2011 Anthony J. Hornfeck Service Award, the 2014 Dr. Bimal Bose Energy Systems Award, the 2011 Industrial Electronics Magazine best paper award and the Third Prize paper award by the Industrial Power Converter Committee at ECCE 2012 & 2017 IEEE PELS Sustainable Energy Systems Technical Achievement Award and the 2018 IEEE-IES Mittelmann Achievement Award.

Looking for a past Webinar? Check out the PELS Resource Center and watch it on-demand - Free for PELS Members!

The IEEE PELS Resource Center platform, a new multimedia online library launched in 2016. You may find archived materials such as: 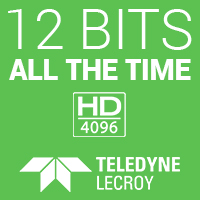