This page is dedicated to the recording of the rich history of the IEEE Power Electronics Society and to appropriately honor those men and women who have performed their voluntary tasks with zeal and energy that far surpassed the requirements called for by the organization.

This page is also intended to convey to future generations of engineers devoted to the application of the power electronics that they do not stand alone, that their work and their own dedication to their chosen profession are founded on the shoulders of those who came before them.

The IEEE Power Electronics Society was founded in 1988, after a few years of operation as the Power Electronics Council.  This followed the gradual emergence of power electronics as a distinct discipline in the 1970s and 1980s.  Many of the early society leaders had been involved in the IEEE Power Electronics Specialists Conference (PESC) which began in 1970, and the IEEE International Telecommunications Energy Conference (INTELEC) which began in 1978.  The Applied Power Electronics Conference and Exposition (APEC), which began in 1986, was an early response to growing Council interests.  Today, the society sponsors a wide range of international conferences and workshops across many application areas and topics within the field, in addition to broad conferences such as INTELEC, APEC, and the IEEE Energy Conversion Congress and Exposition (ECCE), the successor to PESC.  The society has grown from a few active committees to a global organization with more than 8,000 members.

Presidents of the Power Electronics Society 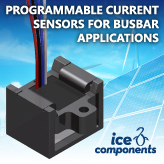